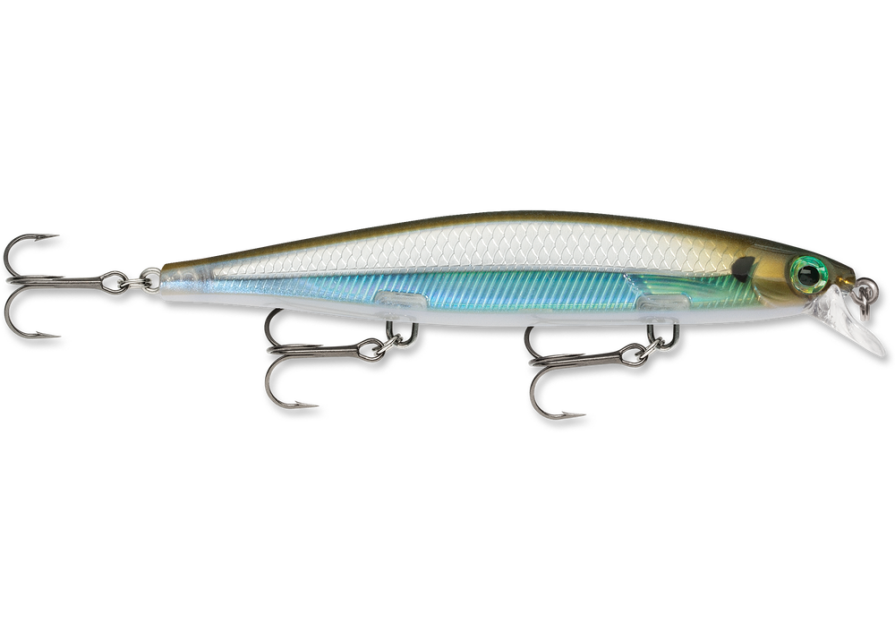 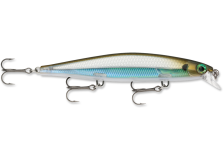 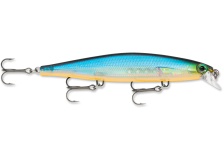 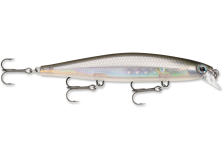 SKU:
$9.87
$9.87
Unavailable
per item
Rapala’s Shadow Rap® series, your new favorite jerkbaits. These lures have moves that other lures only dream about. A horizontal struggle with a big kick, plus a vertical fade or a vertical rise on the pause perfectly mimics a minnow or a shad in its last, quivering moments before the end. The kick, the snap back to life and the slow fading or rising all trigger fish to hit the Shadow Raps, and hit them hard.

The Shadow Rap features a minnow or shad body style, flat sides and a metallic finish with textured scales. The look and swimming action of this lure is so close to a real minnow or shad that is on its last leg, fish are simply unable to resist. Sharp left to right turns allow you to fish the Shadow Rap with little forward travel, so you can stay in the strike zone longer. The Shadow Rap series of lures feature super sharp VMC black nickel round bend hooks.

The Shadow Rap® combines a horizontal struggle with a vertical fade that perfectly mimics a minnow in trouble. Rapala has perfected the natural minnow action in this new jerkbait that triggers fish in three ways: on the kick, on a slow fading fall and on the snap back to life.

Most jerk baits continue on a forward plane with each jerk. Not the Shadow Rap®. It kicks almost 180 degrees right then left, so it can be fished nearly in place with very little forward travel, keeping the flickering fade of the Shadow Rap® right in a fish's strike zone. That's when things really get interesting.
​
IT’S ABOUT THE STRUGGLE
Kicking almost 180 degrees right then left, with very little forward travel, it stays in the strike zone.
HEAD DOWN ATTITUDE
Head down, ready to work, the fixed weight system allows lure to fade slowly like a dying minnow.
SLACK LINE LOOK BACK
After a sharp snap and generous slack line, it will actually spin around and look backwards.
​
Add to Cart

Need Help? Call or Text 772-528-5851
All payments are processed through PayPal easily and secure.
Don't have a PayPal account? No problem!
​Simply click that you don't have an account and use your credit card as normal when checking out, no need to register!
Shop with confidence with our 5 Star ratings. Thank you! Contact us with any questions.
ReelsAndTackle.com, our family owned small business sets ourselves apart from the rest: ~Great Customer Service ~ Great Products ~ Great Service ~
We carry Shimano, Penn, Yozuri, Egret Baits, Logic Lures, DOA Lures, PowerPro, MirrOLure, Tactical Anglers, Heddon, Fish Grips, Boomerang, Monster3X and More!